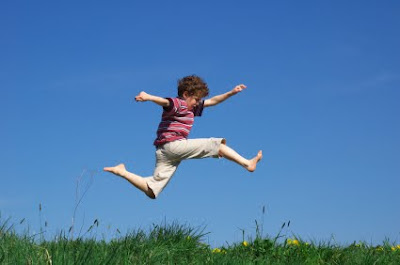 Arnold ran. All his life people said “Slow down, Arnold. Walk, don’t run. What is your hurry? Stop Arnold. Walk!”

Running was perfection—the legs sprinting out, the arms pumping forward, the long torso leaning into the wind. Running filled his heart with joy. He had runner’s high before that phrase was thought of, back when high simply referred to altitude and getting high meant climbing on a ladder to clean the gutters.

But, oh, he had been high as a boy every time the front door opened and released him to the porch, the sidewalk, the street, the empty patch of woods four blocks down. He ran and ran and ran. Until they stopped him, made him come home, eat his breakfast, get his school bags, kiss his mother, and walk to school. Nobody ran to school. “Walk!” His mother’s last words echoed until he turned the corner and then he ran.

Which is the new plan. He’s been thinking about running all month. It’s the first thing that comes to mind in the morning: the feel of the air on his face and the pad of his feet striking the earth. When he closes his eyes, he sees himself at 9, running, and at 19 running.

Strange, he thinks, how I can both see myself—the boy—running and be inside him with the air filling my chest and my whole body moving like an arrow through space.

He started training two weeks ago, first mentally going through the motions, reimagining the slap of the ball of his foot on the ground, the lift of his legs, the thrust of his chest. Actually the preparation was easier than he imagined. The first hurdle was mental: recognizing his geezer shuffle, then stepping out of it, like stepping out of a pair of pants and kicking them aside. Without the old man shuffle, he now strides along, sternum raised, arms swinging.

By the end of the week, the care staff take notice. “Feeling good today, Arnold?”

Saturday will be the first of May. Perfect. The doors are always open on Saturdays—the nice weather will bring in the guilty families. He dresses carefully for breakfast, pulls on a T-shirt under the sweatshirt he always wears, boxer shorts under his trousers, feet bare in his slippers.

Getting out the front door will be the first hurdle. He can step out of the slippers and get the sweatshirt off, but the pants. Oh, the hullaballoo shucking his pants would cause and him crashing out the door in his boxers. He laughs at the delicious thought, but decides to run in long pants. He doesn’t want to alert the staff before he hits the sidewalk.

Only one, “Hey there, Arnold” as he strides through the lobby with its plastic roses drooping in pink vases. He slows at the fish tank—the other captives—and waits until a family with children comes in. The Saturday receptionist doesn’t like children and her eye will be on them, not him.

A little boy slaps his hand on the side of the aquarium—Arnold’s starting gun. He’s off, speed walking across the lobby, out the door, pulling his sweatshirt over his head, throwing it on the porch rocking chair, kicking off his slippers, and striding down the wheelchair ramp.

The shock of his feet on the cold, rough sidewalk surprises him. “Toughen up!” he yells.

It’s two blocks to Central Park, to grass and trees and birds swooping alongside. He has to admit that he feels stiffer than expected. The legs don’t leap forward the way he remembers, but the pressure in his chest is gone and he can hold his head up and swallow air, gallons of air, down into his lungs and his thighs and his knees and his feet. He is running.

He hears them yell, “Stop Arnold!” just as his mother had, but that doesn’t stop him. Not this time.

He keeps running. As soon as he turns the corner, he’ll be free and nobody will see him or stop him. That’s how it always was. That’s how it is today. 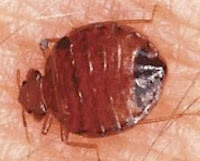 “Something bit me in bed last night.” She pushed the toast down again. The bread needed two cycles to toast properly.

He didn’t look up from the paper. “Nothing bit you,” he said, “unless it was that story about bed bugs.”

“I have an inflammation.”

“An inflamed imagination,” he said and held his cup out.

She filled the cup, buttered the toast that was now the soft brown he preferred, and set it in front of him. He refolded the paper to the editorial page, glanced at the toast, and kept reading.

She stood at the toaster waiting for her two slices. Something had bit her. She had three red welts on her lower back, left side and one more at her waist—big bites that itched. The toast came up. She pushed it down, but the toaster protested, growled and resisted. She pulled the half toasted bread out of the toaster, waved it around to cool it, put it back in the toaster, and pushed it down.

“Where are my eggs?”

“Cook me a goddamned egg.”

“I read that there are more eggs than people in this country.” Her toast popped up, perfect in every way. She buttered it, spread crunchy peanut butter on both pieces, then slid the jar across to him. “Protein,” she said. “Better than eggs.”

He stared at her, toast cold on his plate, coffee cold in his cup, paper sagged in his lap.

She didn’t care what he thought. It was her job to serve healthy food.

She started to raise her nightgown to expose the left side where the welts were, to show him how wrong he was, wrong again, but a moment of grace blew through the window, and she turned, raised the right side of her gown and smiled. “There. See.”

He stared at her flawless back, at the indentation of the waist, the rise of the hip. “Come here,” he said. “Let me look closer.” He put his hand at her waist, moved it up her back, down to her buttocks, pulled her to him.

The toast slid to the floor.

It was late, but he nattered on, explaining the influence of the Ottoman Empire on the dissolution or was it the expansion of Eastern Europe. Important stuff, she was sure, but she’d done everything she could think of to stifle the yawns that were mounting with alarming frequency, stacked up in her throat and waiting in her gullet to emerge. She hoped he didn’t notice the flared nostrils when a yawn snuck out or her delicate hand held over her mouth ever so briefly. It wasn’t a bad gesture—her hands were one of her assets, but she wasn’t sure she needed any of her assets for this guy—her green eyes and ample bosom were wasted on him, a natural lecturer, more interested in his facility for total recall than her body.

The Ottomans were ruthless, he was saying.

Rod would never have said that. Rod was interested in soul. The Ottomans had no soul—or had soul. He would know. If it were Rod sitting across from her, he’d be pouring tiny cups of green tea, holding his to his nose, inhaling deeply before touching his lip to the rim and savoring every soulful swallow. Then he’d sigh, take her hand, look at her, We are one, he would say. She would pull her hand back and take her first sip of the lukewarm, bitter stuff.

The Ottoman Empire reached its height during the rule of Suleiman . . .” Hector was saying.

Suleiman the first or second? she said. She did know how to keep a man going.

Rod would finish his tea slowly and audibly, then sit back and stare at her with the ardor of all those Jungian souls connected to her, not saying a word because language is so unnecessary, so impure, inexact, nonessential. He could stare at her unblinking, for hours—it felt like hours—hours in which her mind skipped and flitted from the eyeliner she forgot that morning to the banana she left in the fridge too long to a pang of guilt at not calling her mother back to the large cup of coffee she would have as soon as Rod left, back to his half-moon eyes regarding her with the passion of the centuries.

He brought her soulful love from the Buddha, the Dali Lama, St. Theresa and St. Francis, and from Jesus himself, all sacred spirits connected to . . .

And that was it for the Ottomans. Hector paused, glanced at her. She shook off the memory of the adoration of centuries, smiled, folded her napkin and placed it next to her cup—the coffee had been fabulous. She considered saying she was going to the restroom when he cleared his throat and said, Now Kemal Attaturk, there was an interesting man.

She pulled out her phone as if it had just rung and held it to her ear. Omigod, I’m so sorry. I’ll be right there, she said and stood, shrugged apologetically, and fled.


Everybody was asleep. The house was super sensitive when they all slept. The floor announced her movements, the water trickled, splatted, rushed. The kitchen cupboard creaked, even her body emitted unwanted sounds—breaths and groans, just like the house.

They’d grown old together, she and her house, weathered a lot, storms inside and out, and now they preferred to be alone.

She didn’t know which was worse: Mother, what do you do all day? You should get out more.

We’re coming for a week, the whole family, to keep you company.

They were there now, five of them asleep, girl, husband, children, one, two three—and the dog. The dog was not sleeping. The dog was twisting around her knees eagerly, licking her feet, whining at the door to go out. She’d have to go with him. The dog—what was his name—Romeo? Lear? Hamlet?—something Shakespearian—Iago. That was it, Iago the sly one, the traitor. Why hadn’t they chosen a hero’s name? It had been explained to her, something about confounding expectations, doing what nobody expected. Anybody could name a dog Othello, but Iago, well, then you had to think, didn’t you?

Why not name him Hitler?

She’d gotten the reaction she wanted. She smiled at the memory, slipped on her boots, pulled her parka over her bathrobe and stepped out the back door with Iago. The dog raced the perimeter of the yard, then did it again, slowly, an inspection tour, sniffing and smelling, looking for the right spot before squatting to pee. 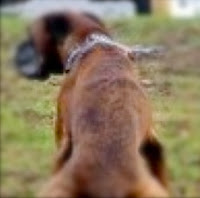 Desdemona, she called. Time to go in.