The girl threw Cheerios at him, one at a time, little round Os, tiny thuds on the back of his neck, in his collar, on his desk, in his left ear once. He never saw her do it, even when he turned around. She didn’t look at him, no wink or coy smile, no shy wave.
Flirting or even acknowledgement wasn’t her style. She wore dresses when every other girl he knew was in skinny jeans—the thin girls, the medium girls, the fat girls, all in jeans that were painted on by their mothers every morning. Not Sydney. She wore dresses with patterns, belts, once a skirt that grazed the bend of her knee, all with pockets.
Which is where she kept the Cheerios, he surmised. In those pockets.

On Friday, he asked her to stop. “Hey, Sydney,” he said.
“Yes,” she said. Those startled blue eyes, blue the color of her dress, blue the color of the tiny sweater held across her breasts by a single button, blue as the sky is blue, like a—what do you call that rock—sapphire—as blue as a sapphire is blue, so very, very blue and perfectly round, round as a Cheerio, but bigger and oh so blue that he was blushing, this boy who feared nothing and felt little or so he proclaimed, now felt the slow, hot rise move up his neck and flood his face.
“So, Sydney,” he was saying, “what’s the deal with the Cheerios?”
“What Cheerios?” she said. Her voice was soft and clear at the same time, smiling although her face showed nothing . . . but those eyes. “What Cheerios?” she said again.
“The ones you throw at me,” he said and opened his hand to show the pile he’d collected that morning.
“You looked hungry,” she said.
“This would hardly feed a hungry man,” he said.
“Oh,” she said. The sapphire eyes—yes sapphire was definitely the rock he was thinking of—the sapphire eyes filled with light and reflected the heat of his blush. “Oh,” she said, “then follow me. I have more.”
So he did. 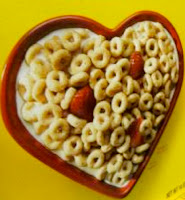 
Alone at last. She sat on the floor and breathed—in . . . out . . . in . . . out. She should at least get in half  lotus, clasp her hands in Namaste, make some part of her body contorted or at least profoundly uncomfortable, but her will sagged. She couldn’t do it. Breathe in, breathe out was enough.
Swami what’s-his-name would agree, would smile that plastic smile, incline his head, let his lashes flutter slightly and say peace or some such stupid thing.
He wasn’t a swami. Carolyn didn’t know what a swami was, but the guy was no swami. He had muscles and bleached hair. Swamis were skinny ascetics, unmuscled, serene. He’d practiced the facial expressions, the pronunciation of namaste and savassana, the bow, the hands before the sternum in prayer position.
STOP. STOP. She shook her head, shook Swami right out of her brain and stood up.
She was alone. She’d shown him the door. No more private sessions at $100 an hour. No more stripped to the essentials. She had thought the essentials included underwear but smarmy swami smiled and let his head swing back and forth slowly as he unclasped her bra, unfolded her hands from namaste, slid the straps down, and bingo.
He actually said, “Bingo!” which woke her up. She pushed him away, pulled her bra across her breasts and, assuming no position but her own, gazed over her outstretched arm, and ordered him out. 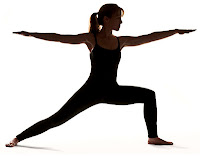 He protested, spoke soothingly, fluttered the lashes, smiled with oily plasticity as he pulled on his tank top, his clinging shorts, his swami sandals, received the check between clasped hands, bowed, and left.
Bingo.

She didn’t notice the tattoos at first, not really. Well, there was the spider on the back of his hand that followed the veins up the fingers to the second knuckle, but not to the nail—a dark spider, well, really dark, black but not hairy, not a tarantula, double triangles in the middle, red ones—what was that called?
He put the change in her hand with some degree of deliberation, counting out the ones slowly, apologizing for not having a ten. “Eleven, twelve, and twenty-four cents.” He dropped a quarter into her open palm.
“Then I owe you a penny,” she said. She was more flustered then she’d like to admit, watching a spider—a black widow spider—that was what is was called— count twelve bills and a quarter into her hand. A tattooed black widow.
She looked up at him then. God, he was young, more child than man, still in high school and his parents . . . Well, he must not have parents—look at his face, lines tattooed on his cheek bones, spreading to the ears—web or spider—she didn’t stare—that would be rude—so she couldn’t say for sure.
“Thank you, Ma'am,” he was saying. “Don't need the penny.” Nice, polite voice.
Well then, maybe he did have parents—a boy who spoke that well surely had parents. She looked at him directly then, just as he raised his hand to scratch an imaginary itch on his cheek, the black widow returning to the web, finger by finger, alone, widowed.
She expected the spider to disappear into the web and then reach out and pull her in too.  She leaned forward, ready to go, closer to the boy than most customers got until he was forced to put both spiders—hands—on the counter, segmented legs toward her, fangs extended, and lean his webbed face into hers. “Have a nice day,” he said.
She nodded, widow to widow, and then she fled.