They were all sleeping. Even the dog, that eager tongue, was asleep at the foot of somebody’s bed or, possibly, under the covers in Claire’s bed. Claire hid things—muddy socks, anything torn, paper, a shirt, the pillow case. How do you tear a pillow case? Claire had no idea.
Perhaps even now she was thinking of other things she could shred: the curtains that flapped across your face when you opened the bathroom door, the tissue paper from the twin’s birthday party, the labels from every can in the pantry. How will we know what’s in the cans? Claire didn’t know.
She also didn’t dream. Whenever somebody said I had the strangest dream last night, Claire said, I don’t dream. Which stopped the story before it started.
Marion was glad of that. She found other people’s dreams boring—no narrative thread which was probably why Claire said she didn’t dream.
She does dream, Marion thought. She’s dreaming right now, but it’s in pieces, strips, nothing sticks together for that child.
She turned out the nightlight then, and stood in the dark room with her eyes closed, listening for her children’s breaths. Amy’s and Ramona’s came first, even, peaceful, twinned. The two easy girls. 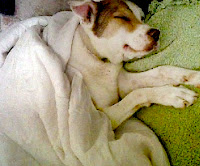 Claire’s breath was harder to pick out in the stillness, but as Marion quieted her own yearning, Claire's ragged exhale came to her, smoothed over by the dog’s even twitch and snort, tucked in the bottom of Claire’s bed, dreaming for her. 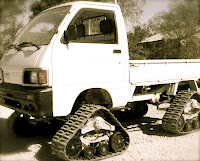 They’re digging up the Parkinson’s yard next door. I don’t know why. Nobody tells me anything and I don’t ask.
I heard the truck—or trucks—arrive this morning in the dark, not even 6 o’clock—and the huff and wheeze of air brakes, a clang, something metal unhitching or opening, more wheezing, more metal, a single man’s voice.
When I finally got up to see who had started my morning so early—6:14—I saw two white panel trucks, back door lids up, empty insides gaping, right in the Parkinson’s yard on the grass. The sun was still rising and the garish lights from the Murphy’s deck art on the other side of the Parkinson’s blinded me. But the trucks looked empty and were next to a digger on skids—not skids—what do you call those things? Paul would know. Where is Paul when I need him?
I called him. What do you call . . . I couldn’t think how to describe it. You know, I said, on the bottom of the machine that digs holes.
What are you talking about? he said.
I could tell I had waked him up, another sensible human being against rising before the sun is fully in the sky.
So I told him the whole thing as best I could, still not 6:20 in the morning and no coffee in sight. I’d have to brush my teeth before I felt human, put the water on, find the coffee—it always migrated to the last place I looked in the refrigerator.
Anyway I told Paul about the gaping white trucks and the digger thing, the one man’s voice, although now I couldn’t see a soul out there. That’s what they do, I told him, wake a person up, then crawl back in bed themselves. I’ve heard that trucks have beds behind the cab. They crawl back in bed with a smile on their faces. I can just see it. And they leave that digger thing . . .
Paul interrupted me in the middle of my explaining the digger thing. It’s not skids on the bottom. Does it have long flat pads that move it along, roll it along, that can go anywhere, like a tank?
That’s it. I didn’t say it to Paul, my job to protect him, but what a thought—tanks invading our neighborhood, my very yard, in the middle of the night. Somebody should do something.
Mother?
I’m talking, I said.
Mother? he interrupted me, talking too loudly.  He can’t seem to remember to modulate his voice. They’re called treads, he said, tractor treads.
Oh, right, I said. Thank you. I felt so much better. I like to know the right word for everything. What are you doing up so early? You need your eight hours, I said, then hung up quickly so he’d remember I wasn’t one of those mothers who nag.

The bike was too big for her, the gears as rusted and cranky as she was, and the left pedal broken. “It won’t matter,” he’d said. “It’s all downhill."
Downhill meant an uphill return, and there was a wind.
She was familiar with his back, bent over the antler handlebars—he called them something else—bent over, the stag on a gallop, and all she saw was his butt high in the air and the calf muscles pumping, pumping, pumping.
She shifted to low, rode as slowly as possible, more a walk than a ride, and let him go. It was possible to enjoy herself—she was determined to in spite of . . . He was coming back, pumping uphill as fast as he’d sped down, his wavy black head bent over the handlebars, not looking up, but he knew exactly where she was. He stopped, crossed his bike in front of hers. She stopped her slow pedal.
He looked up, all teeth and eyes. Lord, the man was happy. The sun full on his face, happy to be riding, happy to be with her, oblivious of everything—the hill, the sun, her resistance. “Isn’t this a great day?” he said. “Look at that sky.”
It was a child’s drawing, sun in the corner, cumulous clouds around a great oak tree—a perfect day. Perfect.
“You okay?” 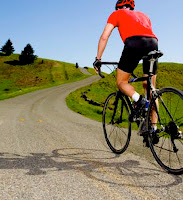 It was sweat in her eyes, not tears, but she could only nod and admit that yes, she was okay. The bike was too big, the gears jammed, the pedal slipped, but she was okay. His lips grazed her cheek and he was off—but it was okay. She had his back.

“You are too kind.” She said it so automatically that he hated the words in her mouth. How could he . . . how could anyone be too kind? Just a platitude, something she said when thank you would suffice.
She had said it as he let her precede him through the electronic door at Target—an automatic response for him now that you couldn’t even open a door for a woman. It opened before he got there, and still she said, “You are too kind.”
“I am not,” he said loud enough to make her draw her shoulders up and avoid his gaze as she got her cart. Good, he thought. She knows it now. I’m not too kind.

It happened again the next day, on their walk around the lake. One glove slipped out of her hands as she was tugging on the other, he picked it up, handed it to her. “You are too kind,” she said, but didn’t look at him this time or flinch when he shouted,  “A goddamned thank you would be enough.” He had the feeling that she was smiling, not out of kindness but from some sort of perverse pleasure she got from saying words she knew grated on him like no other. Killing him with kindness.
That was it. She was doing it on purpose to get the rise out of him, kindle his inappropriate surge of anger. Mocking him when in fact he was being kind, letting her precede him through a door, retrieving her glove, holding a chair for her. He was being kind, damn it, and she was taunting him for it.

Or was she?
Perhaps she too was being kind, but had only that one hackneyed phrase to express it. He was almost hyperventilating as these thoughts surged. Who was right, damn it? Could it be she—or them both?
He stumbled after her, through an automatic revolving door, the confusion swirling in his head, convinced she had started something she couldn’t finish, when he realized he was going around the circle with the door for a second time while she stood smiling and waiting patiently inside the building as he stumbled past again. 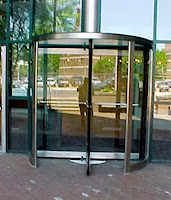 The third time he put out his hand, and she took it, pulled him out of the door that moved on its own, too fast, saved him from the muddle in his head, dragged him to safety so that he couldn’t help but mutter,
“You are too kind.”