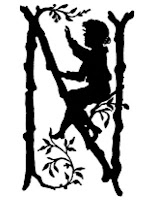 Which is why he needed to name what he was doing so he could get on with it.

He laughed at that thought—or get it on. Now, those words had come to him as easily as 1, 2, 3. Simple, one-syllable words: get it on.

Which is what he wanted to do with Marie’s sister. His wife’s sister. His sister-in-law. A woman with a name, but if he never allowed himself to utter that name, a name that conveniently started with N just like the word name, 1, 2, 3, maybe this wasn’t happening and he wouldn’t have to think of the word for wanting to . . . to what? Make love with his wife’s sister whose name begins with N.


How many letters in that name? Five—a prime number. That gave him comfort. He was closer now to understanding the pull, the attraction, and the lust. He’d always hated the “s” in that word, lust. Made it sound like a mistake, some kind of primal lisp, when, in fact, lust came unbidden, and the fact that he lusted for N and found her in his conjugal bed, metaphorically speaking, was making him uneasy. Very uneasy.

Which was why he only allowed himself to think of her as N—lovely, lustful N—to protect against any possibility of his shouting out her name in an unguarded moment of passion. Yes, he could be passionate. He was more than an ordered set, more than a quadratic equation, more than a neat array spreading across his mental screen.

Which was why N was so disturbing. What was the word for thinking about something, not doing it, being obsessed with it, looking forward to doing it every time you saw your wife, the majestic Marie, slide the strap of that thin black thing he bought her for Christmas and climb into bed with him, smelling of garlic, onions, and burnt butter—tomorrow’s dinner, always made the night before. Marie was as precise and as orderly, as numerically dependable as he—1, 2, 3—but N, oh sweet N, lispy N, decidedly lusty N, was not. 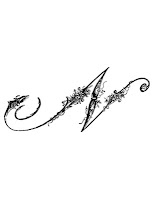