The month was ending but she wasn’t ready to be done with November, with the eleventh month of the eleventh year of the century. She’d like it to morph into December, let the turkey, dressing, and cranberries overtake plastic mistletoe and the LED lights blinking on the trees in front of every house on the block, every house except for hers.

No snow this November. Only heat, the sun’s heat, yes, the warmest November on record, but it was that other heat that warmed Agnes for she was in love. And nobody to tell, not even her beloved, that ridiculous bearded man who had sat next to her on the bus for the first time thirty days earlier, on November first, 11/1/11.

“Do you know what day today is?” he had said, leaning into her more than a stranger ought.

“Tuesday?” she said, hating the rise in her voice even before she got the word out. Of course it was Tuesday.

The way he said it filled her with light and delight. Something so simple to be happy about, and he was happy, so happy that he had to tell his news to the first person he saw that day, and it was she.

She watched for him the next day, made sure there was an empty seat next to her, caught his eye when he scanned his pass and looked to see where the seats were, even waved to him, a little wave, but he saw it, sat with her, laughed when she said “Eleven today. Eleven two eleven.”

And so it went.

On Friday the 11th, eleven eleven eleven, they agreed to meet downtown at the corner of Eleventh Street and Eleventh Avenue at eleven a.m. She walked off her job—told Marge she was sick and left. He was there. He held up his phone so they could watch 11:10 become 11:11 and then, 11 seconds later, 11:11:11.

They laughed. He hugged her, stepped back, hugged her again, then the two of them just stood there on the corner, chilled—it was a cool day. Even he looked shy, so she said, “Well, I’m hungry.”

They had lunch. He told her his name. Arthur.

“Arthur Agnew,” he said. They laughed and held hands under the table.

Last day of elevens. What would happen?

He was there, on the bus before her stop, waiting. It felt like magic. How did he get there before her stop? She smiled, sat down. He leaned into her just as he had the first day, whispered, “I hope you like 12.” 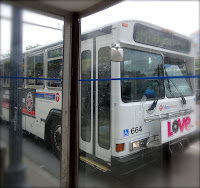 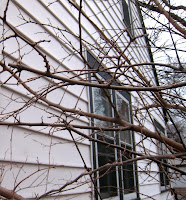 The wind blew all night, scraping the branch against the window.

“Hasn’t yet,” he said, his answer for everything. If it hasn’t happened, it won’t. If it has happened, well, there you are. Enough said.

Never enough said—her point of view which is why she was driven, yes, driven to talk about everything . . . the rain on the roof seeping under the flimsy shingles he’d patched it with, the wind in the tree, the urgent pressing of the willow fingers against the papery glass of the bedroom window, the definite sag to the whole house, the west side leaning into the earth, the east side rising up, anticipating the inevitable tumble onto its side, the roof then pointing west, and they forced to shimmy around on their sides like crabs.

He didn’t even laugh at the image. “Hasn’t happened yet,” he said.

“Well, what has happened? What will you admit to? Name an event that has actually occurred.”

“You made coffee for which I am grateful,” he said and raised his cup to his bottom lip, tipped it into his mouth, received the coffee with a faint slurp and sigh, put the cup back on the table.

“So you do,” he said, talking over her, so that so you do and it’s not an accident became a two-part round; may not happen tomorrow overlapped with you’re driving me crazy; and I don’t mean to bled into I don’t know why I bother.

They sang like vocalists limbering up for a command performance.

The wind picked up outside. The rub of the branch on the window rose an octave in pitch. The rain drummed on the roof, and the old rocking chair he insisted they leave on the porch, the chair she’s sure will be stolen, but hasn’t been yet, careened back and forth, an added riff in their early morning song.

Posted by KCoskran at 5:23 PM No comments: 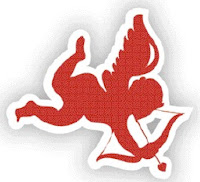 Well, so much for Valentine’s Day. Cupid sheathed his arrow again, or quivered it, whatever—packed it away. Why did it have to be an arrow? Something so penetrating and painful, and yet she yearned for it. Sick. There must be some mental illness term for it—something other than psychotic, she hoped.

She had bought the red dress, passed on the red stockings—too much really is too much—had applied her make-up carefully, again observing the too much is too much dictum, red lipstick to match the dress, a hint of blush, mascara, but no extra eyelashes. She had rubbed pale purple eye shadow on her lids for a Toulouse Lautrec look, saw that it was too close to too much and rubbed it off, most of it.

She sat at the curve in the bar, ordered white wine and waited. The wine came, and she immediately realized her mistake. The bulbous glass was all wrong. What she needed, what her look needed, was a martini, in that wide, open, inviting, glass—small, delicate, suggestive. She considered gulping down the white wine and ordering a martini, but that would be too much, or pushing it aside and ordering the martini. No. Too much.

She tried to catch the bartender’s eye. He was a balding, round-faced man who moved quickly over the glasses and bottles, pouring a Guinness, making a Manhattan, dropping an olive in a martini. She watched the martini longingly. The glass was perfect, and it went to the blond in the chartreuse dress at the other end of the bar. The man was good, his movement sure and swift. She admired skill and loved to watch a genius at work: her mother crimping the edge of a piecrust, the guy who wallpapered her closet, fast and perfect without a single snide remark about wallpapering a closet and now this bartender. He knew she was watching him and lifted his head in a way that let her know he knew and would be with her in a moment. Which he was.

“Need anything else, Miss?”

“Well, yes, I do.” Embarrassed laugh with just the right amount of self-deprecation. “Could I have a martini glass?”

He raised one eyebrow, slightly. So slightly.

“For my wine.” She bent her head towards his; he came close enough that she could see what fine clear skin he had, his face and hairless scalp one pure sphere of maleness. How did he do it? “I like the shape of the glass but . . .”

Their faces were almost touching, and when he spoke his lips would almost graze her forehead… “but you don’t want to drink a martini?”

She nodded. Too vigorously, too much, hitting his forehead with hers, bumping heads.

He put his hand on hers. “I’ll fix it,” he said, and in one smooth turn took her wine, poured it into a martini glass, a brimming martini glass, set it in front of her, and wiped the bar with his towel.

She raised her glass to him. “I look better now?”

“Fabulous,” he said and was gone, taking orders, mixing drinks, doing his job like the genius he was.

She felt the arrow. A direct hit. 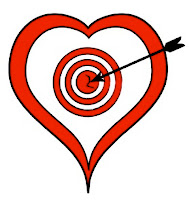 “Yes, indeed,” he said. “Everything outlined in white, noticed, brought forth. Hoarfrost.”

“Why do you keep saying that?” she said.

“I never said that.”

“Yes, you did.” She counted on her fingers for emphasis. “Three times.”

“Hoarfrost,” he said, somewhat emphatically, although he was a patient man.

“There you go again,” she said. “Horror frost.”

“You misunderstand me,” he said.

“I understand you perfectly and . . .” Here she pulled herself up to her full five feet two inches, retied her robe and raised up on her toes for emphasis, “ . . . and your limited appreciation for what is. This . . .” She spread her arms wide before the picture window that framed the scene: every branch, twig and blade of grass dipped in white. “This is beautiful frost, magic frost, fairyland frost. Call it anything, but, please, not horror frost.

“No. Just the one word that so horrifies you.”

Which she knew he would do if she played her cards right. She loved setting off his meteorological dissertations and wondered when, if ever, he’d see how she lured him on.

“Rhymes with what?” she said.