The Eyes Have it 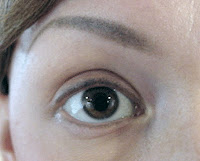 The first time he saw Brittany, he didn’t know her name. He knew she was beautiful—obviously—and had golden eyes like a spaniel, round dog eyes that followed him from across the room, beckoned him so obviously that he got up and walked over.

She lowered her lashless eyes when she said hello, and he took a step back. He had treated too many girls who pulled out their lashes. He didn’t want one of his old patients sliding into his real life. “I’m Brittany,” she said and extended her hand.

He took it—slender, smooth, cool, no feel of cutting scars or other mutilation. The arms were clean, the shoulders smooth, the dip towards the breasts perfect, but those lashless eyes. He almost said, “Brittany like the spaniel?” but recovered in time to ask if she were British.

What sort of Irishman names his daughter Brittany? He told her his name, asked how she knew their host—work—what did she do—model.

Without eyelashes? but he didn’t say it. Her voice was melodious, and she sounded amused as if his every word and gesture were laden with wit and innuendo. He kept waiting for her to say, You don’t remember me, do you, doctor? You don’t remember what you said to my mother. You don’t remember calling me obsessive-compulsive, anxious, depressed—you don't remember trotting out your so-called clinical terms—but she didn’t. She watched him with those spaniel eyes, watched his every twitch and swallow, until he was forced to ask for her number, and she gave it.

Posted by KCoskran at 5:13 PM No comments: 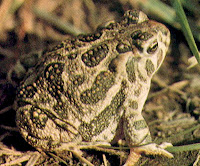 Jack was lost. He had followed a toad across the yard and into the little patch of woods behind the house. It was a large toad, as big as his dad’s fist, which is what scared him at first—how much the old, knobby toad looked like the fist, splotched, lumpy, clenched, rising out of the dirt, after him.

He nudged it with his bare foot when he first saw it and noticed immediately that it was soft and had eyes—so not a fist, but an ordinary toad with stubby arms and splayed toes. He nudged it again, and the toad hopped across the grass, calling to him in a plaintive, bleating voice. Come, come, it said and hopped again. He almost lost sight of it in the leaves, but the rustle of its movements helped him find it, and after a few more hops, Jack learned to see the toad in the mulch of twigs and pine straw on the forest floor—for now they had left the yard and were in the woods. The toad bleated only one more time, but it was enough to lead him on.

“I won’t touch it again,” he said out loud and continued to follow the toad that hopped deeper into the woods. Nobody had ever told him not to follow a toad. He had been told never to leave the yard, but he didn’t notice when he crossed that boundary, and then it was too late. Even a very good boy can make a mistake when there is a toad involved.

And now the toad was tired, and Jack was lost. He rested on a log that sagged to the ground when he sat down; the toad hopped close to his foot and sank down too, all hopped out. The toad’s body inflated and then deflated as it tried to catch its breath. Jack couldn’t take his eyes off it—he’d never realized that even a toad could be tired of running.

He picked it up then, put it on his knee, and kept one hand gently over its back so it wouldn’t slip or hop off and began to talk to the toad that looked like his father’s fist. “We went too far,” he whispered, “so we can’t go back now.”

The toad closed its eyes to show it understood and fell asleep. Jack used his free hand to push his hair back from his sweaty face, reminded himself to breathe, and tried to think about what they should do next. He knew they were really lost, but he was happy, not scared, happy and hungry at the same time. After a while he carefully moved the toad to a soft place in the dirt, placed his cap over it to keep it warm, lay down beside it, and went to sleep.


She was late which was not her style. Five minutes late. But those five minutes unsettled her, meant she couldn’t dash into the ladies’ room to check her lipstick, her hair, make sure her mascara was on her lashes, not her cheek. She was the sort of person who was comforted by quick appearance checks. If she looked good, everything would go well.

Well, she did buy a house, a condo, downtown, great location, good address. And men did come up. She hadn’t really forgotten to have sex, but always with protection.

She was well protected, this woman who strode in and took her seat at the head of the table, not really late at all because nothing could happen until she arrived. She spread a few sheets in front of her, smiled, nodded at the men closest to her.

“Shall we begin?” she said. She took in the perfect posture, the raised heads, the attentive looks, the susurration of papers up and down the table, the eyes turned to her, the anticipation, the readiness.

She was right on time.

Posted by KCoskran at 8:10 AM No comments:


She's a talker. She can talk your ears off, glaze your eyes over, and dry out your throat. Time was, I didn’t know how she did it, or what she found to say.

Then, last week, she stopped. I didn’t notice at first, not until I brought the paper in and looked at the front page. Earthquake in Oklahoma. I was shocked. Rosemary hadn’t said a word about an earthquake in Oklahoma—Japan, yes, but that was some time ago. Not Oklahoma. She would have given me all the details before it ever appeared in the morning paper. That’s when I noticed how quiet the house was. Maybe she’d run to the store for something, but she would have told me she was going—where, why, for how long.

I panicked. I raced through the house, as fast as a man my age can move, flung open the doors to every room and finally discovered her standing on the deck watching the robins who’d nested under the eave of the garage. She loved those robins, had narrated every detail of their lives to date: the building of the nest, the mating—she hadn’t actually witnessed these particular birds doing it, but she had explained in graphic detail how it was accomplished, then the egg laying, and now the baby birds. 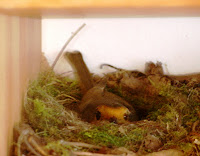 She was standing on the deck, silent, in her nightgown, watching birds.

Her body trembled when I spoke, so I knew she heard me, although I wondered if she knew it was I—she heard the sound of my voice so seldom.

The tremor again. I stepped out on the deck and put my arm around her. “Watching the birds?”

A shiver ran through her again, but still she kept silent. It was as if she were paralyzed or her motor had run down. There was a ruffle of activity in the nest, both adult birds jockeying for position.

In the minute it took them to get comfortable, Rosemary and I stood transfixed and silent. It was the first time I didn’t know what she was thinking. It made me think about marriage—theirs and ours—how things go along the same for years, everybody playing their part, mama bird and papa bird—and if you don’t push against each other, to make your space together, you end up alone. One of you doing all the talking, trying to fill up the space, the other doing all the hearing, letting the words float past without catching a one, without reflection, without giving back, both of you lonely.

I took a breath. It was my turn.

“Rosemary, did I ever tell you about the time I found a bird with a broken wing? I must have been 7 or 8 and we were living on Fairview Drive, 200 North Fairview, telephone number Fairview 8-3535. Isn’t it remarkable how, years later, you can remember something as insignificant as your childhood phone number? Must be lodged in a certain part of the brain for recording trivial details that were important once, recent brain research probably can pinpoint the exact location of Fairview 8-3535 in my brain. Incredible! Well, anyway, this bird’s wing . . . “

Yes. If just sufficient were in everybody’s column, then the world would be in balance and the power of just’s twin meanings, justice and proximity, would be achieved. So just sufficient must be both the highest ranking and the preferred. She got what she needed and what she deserved, if deserved was even on the list. Surely nobody deserved more than what was just sufficient.

She blinked. Maybe Ed would glance over, see the blink. She thought she blinked. She’d heard them say she had no signs of consciousness but, my god, even Steven Hawking could blink. She blinked again, but had no way of knowing if anybody saw. She knew when somebody was near her. She felt the heat of the body and the murmur of the hushed voice and saw the person too, as a cloudy shape, ghostly or angelic depending on who it was. Nobody hovered now.

She had a flash of anger, that sharp clenching impatience, and she could almost hear her own voice, too sharp, saying, “Damn it, I’m talking to you. Look at me.”

And Nell would turn slowly towards her, miming disdain and distaste, eyes raised, a barely sufficient attempt to look at her. But that was years ago. Not now. Nell was the angelic cloud, the soothing voice, the just sufficient presence. Ed was too kinetic, in and out, in and out, he couldn’t sit in the room for more than a minute. Ed, the stoic. She needed to tell him to go. That was the blink. It was sufficient.

God, she’d like to talk to somebody, anybody, to let them know she was there, and she knew where she was going. There was only one direction. It was up. Had to be up. It had begun with the stroke, this lightness, this floating, this movement up.

She smiled and blinked and chortled. Ed had always complained that her laugh was a chortle, an unattractive chortle, not feminine at all. She chortled again and didn’t care that no one knew. Anybody could see the blink or the light in her eyes if they’d just look.

Nell would see it, if not now, then later, and then they would all know what she knew. There was a heaven, and she was on her way, going up and up and up.

It would be just sufficient.

Posted by KCoskran at 4:06 PM No comments: