It rained yesterday and the day before and probably the day before that. She couldn’t remember. It was raining now—not a lot—a drip and a drizzle, but still rain, drops of water riding air currents to the ground, the force of gravity pulling water out of the sky. 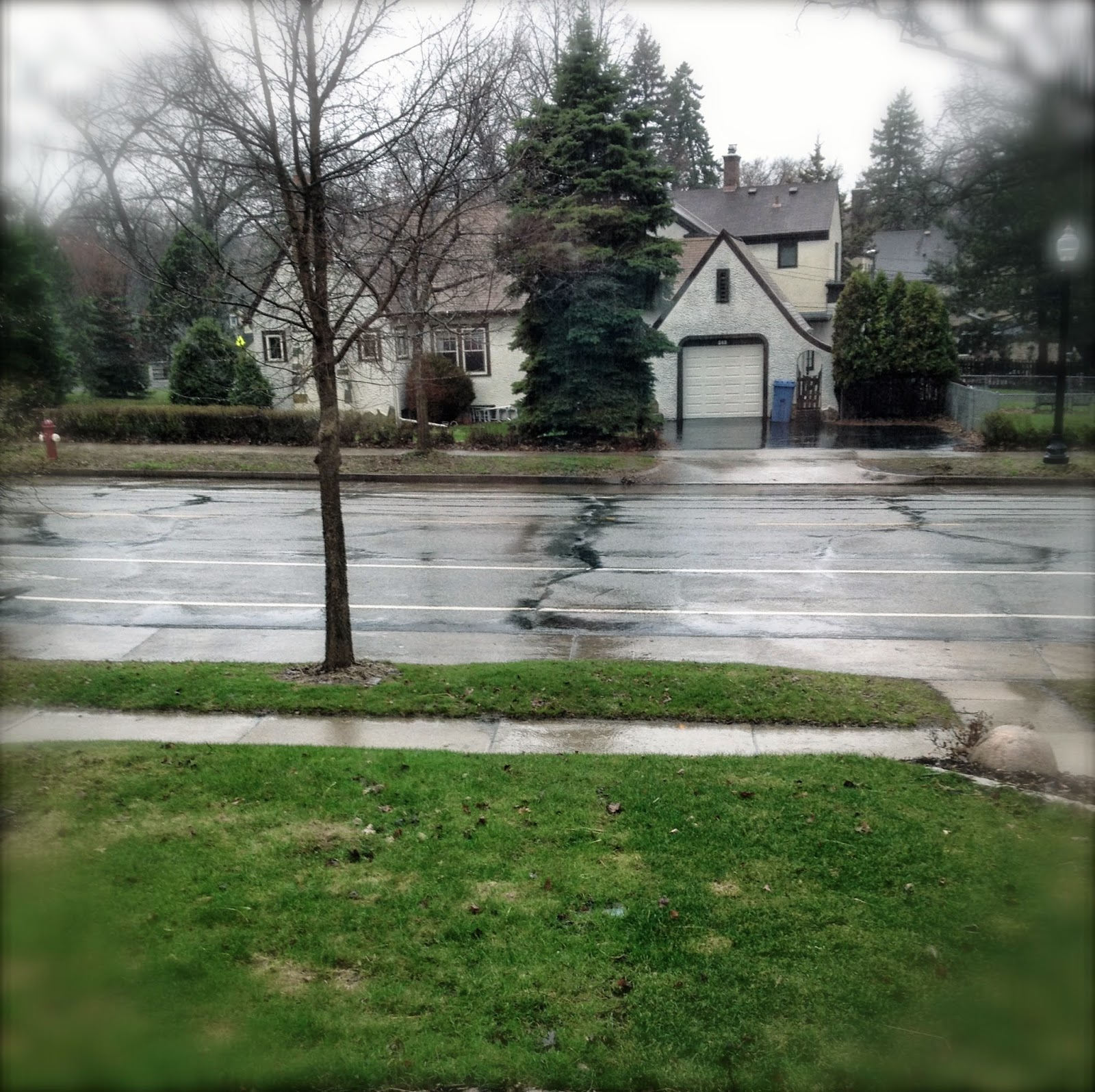 Made her hair curl. Literally, made her hair curl, and she liked that. The only thing to like about a rainy day. And the grass was greener, really green, that deep emerald rug. The rain fed it. The water intensified the color of every blade until each was deeper hued than emeralds, her yard strewn with gems.
And it cleaned the streets. To be fair she was glad to see her little cul de sac washed—the eddy of water at the dead end swirled once and then down the sewer to . .. . Where? Gone. Didn’t matter.
It was raining. Each clenched tulip head, asleep and luminous, leaned under the weight of the moisture, waiting as she was for it to stop. Simply to stop.
Rain wasn’t bad, but you could have too much of a good thing.
That was it. The key to this unhealthy flood of thought. Too much of a good thing—like Simon. A good man, always there, there for her whatever that meant, and talking. Simon was a torrent of conversation. He noticed everything and told her about it, unimpeded like the rain which had now slowed and would stop soon, unlike Simon who had just said, "If I may, I'll give you the back story to the controversy over the Suez Canal."
Who was talking about the Suez Canal? she wanted to say. It had stopped raining. Really stopped. She thought of mentioning that to Simon, but he hated to be interrupted in the midst of something, lost his stream of thought, he said. “The Egyptians first contemplated a canal in the first century BCE. Actually the history of that is very interesting . . .  .”
At least the rain had stopped.